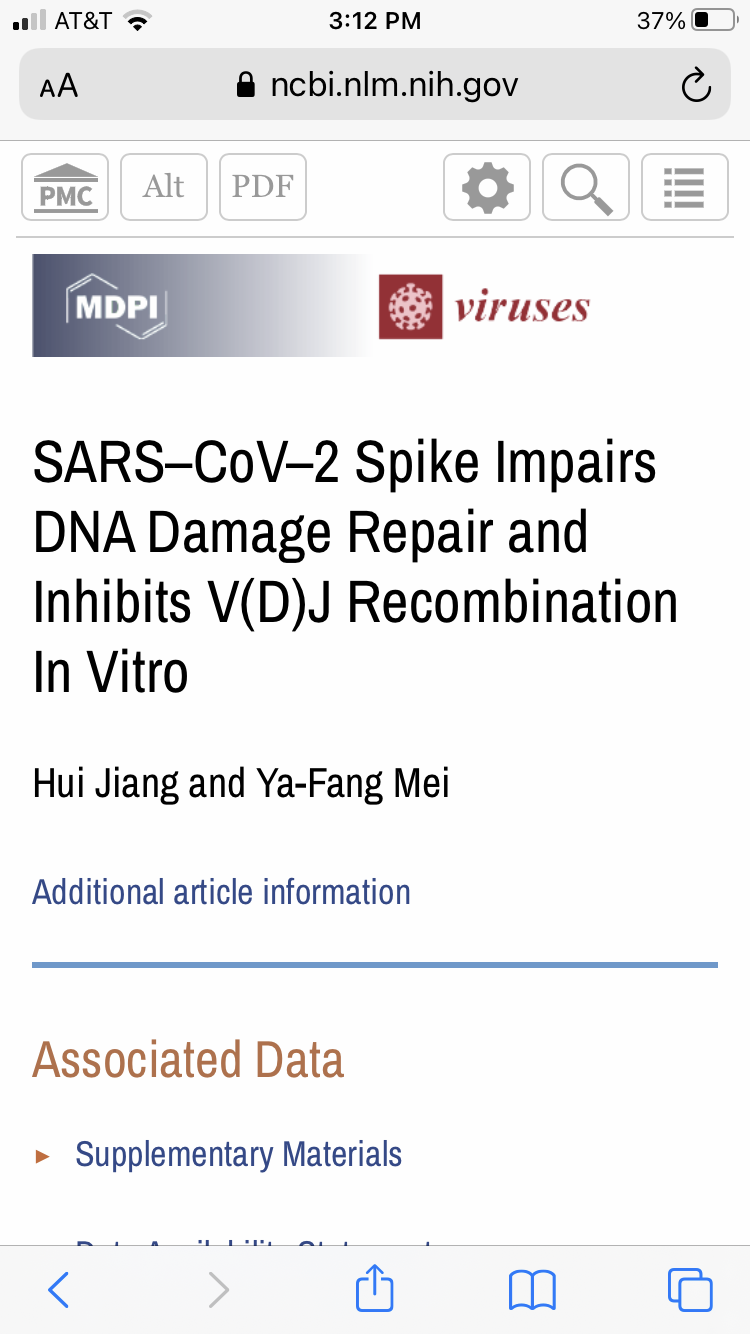 This science is at the edge of my ability to understand, much less critique, but the authors are real and at two major Swedish universities. The journal, though not in the top ranks, is real too.

Essentially the authors used a series of complex techniques to look for the full-length coronavirus spike protein – the one the mRNA (and DNA/AAV) vaccines cause your body to produce – inside the nucleus of our cells.

Remember, the reason vaccine fanatics insist that the mRNA vaccines are NOT gene therapies is that they supposedly have no impact on the nucleus of the cell, where we store our DNA, our core genetic material. Instead, the mRNA is degraded in the cytosol, which is outside the cell’s nucleus.

Some scientists have argued that under certain unlikely circumstances the mRNA can make its way into the nucleus – but that debate is actually irrelevant here. The authors were looking not for the vaccine material but for the presence of the coronavirus proteins, including the spike, in the nucleus.

And – to their surprise – they found the spike.