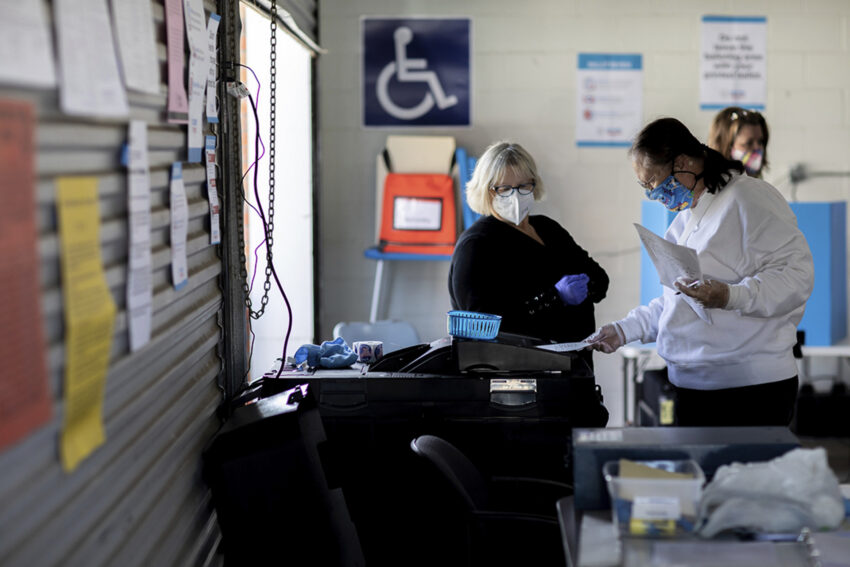 A technology glitch that created voting problems in two Georgia counties on Tuesday morning was caused by a vendor uploading an update to election equipment the night before, a county election supervisorsaid.

State election officials and the vendor that oversees the equipment acknowledged a problem occurred but have disputed the county election supervisor’s explanation, saying no such last-minute update had occurred.

The problem initially prevented voters from casting machine ballots on Election Day in Morgan and Spalding counties after the devices used to sign in voters at the polls failed to work, county officials said. Poll workers gave voters paper ballots until a workaround allowed the use of voting machines to resume. In response to the problem, Superior Court Judge W. Fletcher Sams extended voting hours.

The counties use voting machines made by Dominion Voting Systems, but the electronic poll books that experienced the glitch were made by KnowInk, a subcontractor to Dominion.

Dominion, which prepares the poll books for counties before elections, “uploaded something last night, which is not normal, and it caused a glitch,” Marcia Ridley, the elections supervisor at the Spalding County Board of Elections, told POLITICO on Election Day. That glitch prevented poll workers from using the poll books to program smart cards that the voters insert into the voting machines.