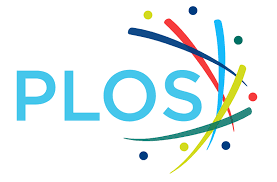 The frequency with which scientists fabricate and falsify data, or commit other forms of scientific misconduct is a matter of controversy. Many surveys have asked scientists directly whether they have committed or know of a colleague who committed research misconduct, but their results appeared difficult to compare and synthesize. This is the first meta-analysis of these surveys.

A pooled weighted average of 1.97% (N = 7, 95%CI: 0.86–4.45) of scientists admitted to have fabricated, falsified or modified data or results at least once –a serious form of misconduct by any standard– and up to 33.7% admitted other questionable research practices. In surveys asking about the behaviour of colleagues, admission rates were 14.12% (N = 12, 95% CI: 9.91–19.72) for falsification, and up to 72% for other questionable research practices. Meta-regression showed that self reports surveys, surveys using the words “falsification” or “fabrication”, and mailed surveys yielded lower percentages of misconduct. When these factors were controlled for, misconduct was reported more frequently by medical/pharmacological researchers than others.

Considering that these surveys ask sensitive questions and have other limitations, it appears likely that this is a conservative estimate of the true prevalence of scientific misconduct.