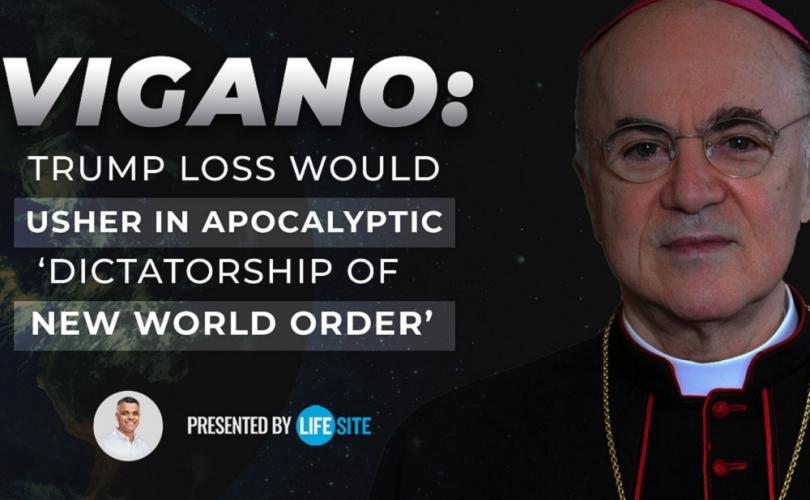 The exiled archbishop believes that he has ‘an interpretive key to understanding the events that we are living through.’

It appears today that the Holy See is being assaulted by enemy forces. I speak as a Bishop, as a Successor of the Apostles. The silence of the shepherds is deafening and upsetting. Some bishops even prefer to support the New World Order, aligning themselves with the positions of Bergoglio and Cardinal Parolin who, as a frequenter of the Bilderberg Club, has slavishly submitted to its diktats, like so many politicians as well as the mainstream media.

I am persuaded that everything I denounced in my open letter to President Trump last June is still valid and can form an interpretive key to understanding the events that we are living through. It remains an invitation to have hope.

The Catholic Church in America, both in relation to the presidential elections and more generally, appears to be split. The Pope says that dividing is a work of the devil, but the fracturing of the American episcopate is obvious. What is happening?