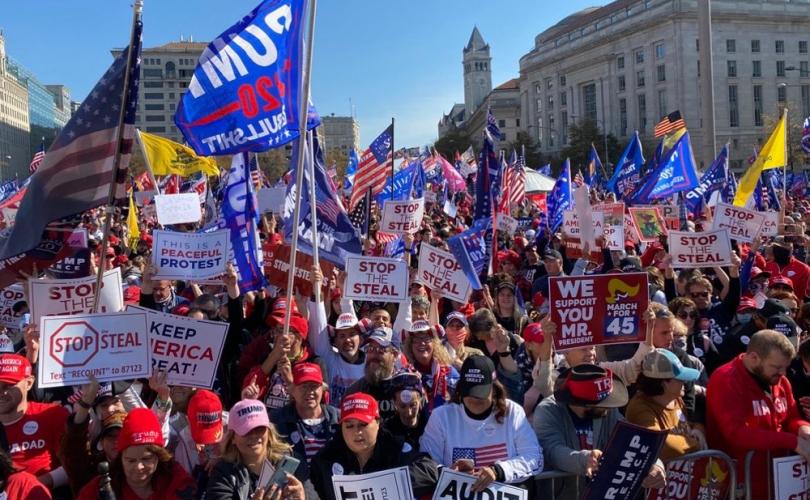 Trump has vowed to fight, launching lawsuits in multiple battleground states and questioning the accuracy of the vote count.

Tens of thousands of Trump supporters participated in today’s “March for Trump,” from Freedom Plaza close to the White House all the way to the Supreme Court, telling the public to “stop the steal” of this year’s presidential election.

LifeSite’s video reporter Jim Hale was on the ground. “I don’t know how many hundreds of thousands of people have showed up today,” he said. “This is the most patriotic spot in the United States of America right now. And the people here have come to deliver one message to President Trump: Do not quit!”