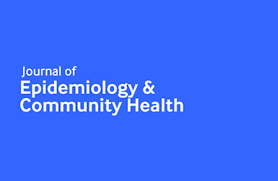 New fifth generation (5G) telecommunications systems, now being rolled out globally, have become the subject of a fierce controversy. Some health protection agencies and their scientific advisory committees have concluded that there is no conclusive scientific evidence of harm. Several recent reviews by independent scientists, however, suggest that there is significant uncertainty on this question, with rapidly emerging evidence of potentially harmful biological effects from radio frequency electromagnetic field (RF-EMF) exposures, at the levels 5G roll-out will entail.

This essay identifies four relevant sources of scientific uncertainty and concern: (1) lack of clarity about precisely what technology is included in 5G; (2) a rapidly accumulating body of laboratory studies documenting disruptive in vitro and in vivo effects of RF-EMFs—but one with many gaps in it; (3) an almost total lack (as yet) of high-quality epidemiological studies of adverse human health effects from 5G EMF exposure specifically, but rapidly emerging epidemiological evidence of such effects from past generations of RF-EMF exposure; (4) persistent allegations that some national telecommunications regulatory authorities do not base their RF-EMF safety policies on the latest science, related to unmanaged conflicts of interest.

The author, an experienced epidemiologist, concludes that one cannot dismiss the growing health concerns about RF-EMFs, especially in an era when higher population levels of exposure are occurring widely, due to the spatially dense transmitters which 5G systems require. Based on the precautionary principle, the author echoes the calls of others for a moratorium on the further roll-out of 5G systems globally, pending more conclusive research on their safety.