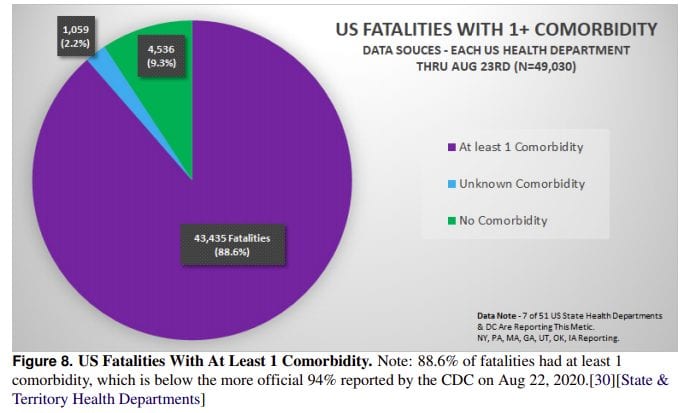 100 Percent Fed Up reports – Throughout the election, Donald Trump was battered by CCP Virus statistics in order to hurt the American economy and his political campaign. We know that it was shamelessly wielded as a political weapon to prevent President Trump and his supporters from rallying as Antifa and Black Lives Matter burned progressive poor and minority neighborhoods to the ground throughout the entire year.  Now that Biden has been installed into the office of president, he promises to increase Covid lockdown measures and extend them further into your ability to travel and force unscientific mask-wearing for at least 100 days.

But, a new peer reviewed study has been released that finds the CDC numbers to be so wildly unsupported as to be pure propaganda that is based on wholly unscientific practices that were needlessly created on-the-spot.