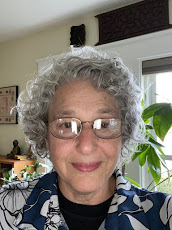 Today I watched a 9 minute Ben Swann video about the vaccines, in which he read the “Declination form” that must be signed by EMTs in Maine who refuse the vaccine. It contained false and misleading statements, and I realized I should no longer delay discussing what I know about the vaccines.

Both the Moderna and Pfizer vaccines are made from messenger RNA and lipid nanoparticles containing polyethylene glycol (PEG).

Messenger RNA (or any RNA) can potentially be converted to DNA in the presence of reverse transcriptase.  That DNA potentially, or bits of it, could become linked to your native DNA.  While I have no idea how likely this is, I began to take the possibility seriously only after two members of FDA’s advisory committee (the VRBPAC) asked about it during their meeting to approve the Pfizer vaccine on December 10.  (I watched the entire meeting and took copious notes.) Virologists tell us that much of our DNA is, in fact, originally viral DNA that found its way into ours.

I now consider the potential for vaccine RNA to be converted to DNA and permanently inserted in my DNA a remote possibility–but one that I would like proven wrong before being vaccinated.